These are simple explanations of some of the terms used in Carlos Castaneda’s work.

The leader or teacher of a group of apprentices in the art of mastering awareness.  This art was referred to by Castaneda in his early works as “sorcery”, and the practitioners as “sorcerers”.  This is an inaccurate representation of the Nagual’s teachings, and likely the term was a compromise of English-Spanish equivalencies in an attempt to approximate the knowledge being transferred.  In more ancient times – in the older orders of “Toltecs”, this terminology may have been more fitting, but in the newer groupings of Naguals and apprentices, the term “mastering awareness” is more appropriate.  (also see “Toltec” below…) 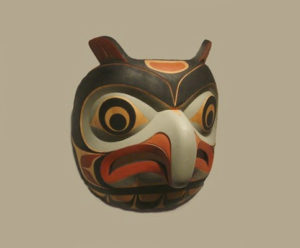 The Nagual is actually indispensable in the mastery of awareness.  He is not only mentor, teacher, and guide, but he is the true doorway to the other world. It is inconceivable, impossible, and utterly unthinkable that Carlos – with all his doubts, fears, inflated ego and personal delusions – could have successfully navigated the pathway of awareness without the kindness, wisdom, knowledge and intervention of the nagual, Don Juan Matus.  The Nagual was central to the development and maturation of the apprentice as a man of knowledge, in order to conquer personal ignorance and master the techniques of awareness.

Students or apprentices of the Nagual were referred to in many ways. Sorcerer, man of knowledge, warrior, apprentice.  Labels here, or applied to any part of the Toltec Teachings, are redundant and secondary.  The “art” of what’s being taught must be understood in the spirit of the teachings at a level deeper than words.

Florinda Donner, who was one of Carlos Castaneda’s inner circle, describes the term sorcerer as being a translation of the Spanish brujo or bruja, perhaps an adaptation of the Spanish colonials to describe what they, in their violent, oppressive, intolerant, “religious” viewpoint, simply “branded” with the only label their language afforded.  Donner, in her book Being In Dreaming, expounds on the “sorcery” label as “…something quite abstract: the ability which some people develop, to expand the limits of normal perception. The abstract quality of sorcery voids automatically, then, any positive or negative term used to describe its practitioners.”  She goes on to describe how our choices in life are defined by the social order; and how sorcerers recognize the crippling limitations that this imposes on our life-choices, which otherwise offer limitless possibilities.

“Sorcery is a journey of return. We return victorious to the spirit, having descended into hell. And from hell, we bring trophies. Understanding is one of our trophies.”

The terms “Toltec” and “Toltec Tradition” refer to the peoples and culture from which, historically, the art of mastering awareness was originated.  Cross-culturally and internationally, there have been many traditions of healing, shamanism and spirituality that have embraced various aspects of the mastery of awareness. 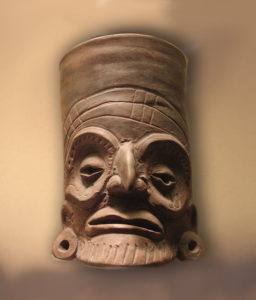 The Toltec traditions referred to by Carlos Castaneda through his Nagual, Juan Matus, are derived from an energetic transference, handed down through teachers and apprentices, which is not meant to be historically or culturally specific. It is not spoken information that can be regurgitated, as can academic knowledge.  The Toltec label is used in reference to an art that has been passed down experientially, and the verbal tradition has been tailored and fashioned to suit the teachings, not to suit  intellectual corroboration.

“Toltec”, in these terms, simply refers to the originating culture of the mastery of awareness, which was a subset of the actual historical culture. The “historically-accurate” Toltec culture is represented by by indigenous groups in the south-central Mexico region, dating back thousands of years, in the pre-colonial era.

In an interview published in Magical Blend, Castaneda asserts, “Toltecs are ones who know the mystery of seeing and dreaming.  They are a small group who has kept a tradition alive for thousands of years.”

These four inconspicuous terms are used over and over in Castaneda’s work.  In teaching Carlos the Mastery of Awareness, Don Juan resorted to various techniques to alter and expand Carlos Castaneda’s perceptive abilities.

Seeing was the art of actually shifting awareness in our visual fields to perceive shifts in reality or enter other realms.  In the early stages of his apprenticeship, Castaneda was given “power plants” (traditional native medicine preparations containing hallucinogenic derivatives), in order to facilitate the breaking of his perceptual boundaries.  Later in his apprenticeship, he was able to cross these perceptive boundaries at will.  The perceptual shift that seeing entails, eventually allows one to perceive the luminous “cocoon” that surrounds us as human beings, and allows us to glimpse the living web of energy that connects all living things.  Seen directly in dreaming, these energetic connections were referred to as The Eagle’s Emanations.

Dreaming was a powerful and significant gateway into the art of mastering awareness.  Dreaming was not having dreams in the ordinary sense that we associate with nocturnal dreams, but was actually “waking up” in dreams and taking control of the dream state as it unfolded.  (This is sometimes referred to as “lucid dreaming” in modern-day terms.)  In developing the art of dreaming, Castaneda further solidified and strengthened his mastery of awareness and his ability to expand the boundaries of his perception to include other worlds not normally accessible in day-to-day awareness.

Energy is a term used by many people and practices to approximate the sensation or perception of a subtle connecting force that is present in human life and human awareness.  Because of the rudimentary and gross programming that our perceptive abilities have been subjected to, over time we have lost the ability to sense and appreciate this connecting force.  With openness, and some training and mentorship in perceptual shifts, we can regain our awareness of the flow of energy, both in our human fabric, and in the universe at large.  It is both the force that gives and sustains life and consciousness, and also the force that binds all of creation together as a single, undivided, organic unit.

Intent.  This is the directing of will by the protocol of the energy that moves in our spirit as human beings, not our mind-ego.  The movement of intent comes from a deep understanding of, and a deep synchronicity with the interior powers of the life-force.   Intent has an unmistakable character, and it is something to be known, not to be described. Intent was also described as being the position of the assemblage point that gave way to “silent knowledge” – the point of awareness that modern-day man has abandoned by yielding to the alignment of reason.