“To seek freedom is the only driving force I know. Freedom to fly off into that infinity out there. Freedom to dissolve; to lift off; to be like the flame of a candle, which, in spite of being up against the light of a billion stars, remains intact, because it never pretended to be more than what it is: a mere candle.”

The Cubic Centimeter of Chance

“All of us, whether or not we are warriors, have a cubic centimeter of chance that pops out in front of our eyes from time to time. The difference between an average man and a warrior is that the warrior is aware of this, and one of his tasks is to be alert, deliberately waiting, so that when his cubic centimeter pops out he has the necessary speed, the prowess, to pick it up.”

I want to convince you that you must learn to make every act count, since you are going to be here for only a short while, in fact, too short for witnessing all the marvels of it.” 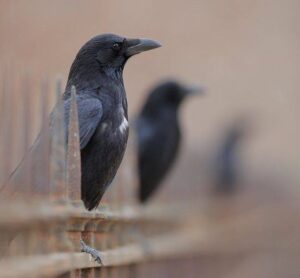 “The articulation point for everything seers do is something [called] stopping the internal dialogue. The internal dialogue is what keeps the assemblage point fixed to its original position. Once silence is attained, anything is possible.

The internal dialogue stops in the same way it begins – by an act of will. After all, we are forced to start talking to ourselves by those who teach us: they engage their will, and we engage ours, both without knowing it.  The way to stop talking to ourselves is to use exactly the same method: we must will it, we must intend it.“

“Self-importance is the motivating force for every attack of melancholy. Warriors are entitled to have profound states of sadness, but that sadness is only there to make them laugh.”

Don Juan Matus; The Fire From Within

[ Don Juan often requested Carlos read to him
poems that reflected the spirit of the Nagual
and his Warriors. This is one of those poems. ]

*
Only a bell and a bird break the stillness…
It seems that the two talk with the setting sun.
Golden colored silence, the afternoon is made of crystals.
A roving purity sways the cool trees, and beyond all that,
A transparent river dreams, that trampling over pearls,
it breaks loose
and flows into infinity.
*

“[Don Juan] explained that the first attention in man is animal awareness, which has been developed, through the process of experience, into a complex, intricate, and extremely fragile faculty that takes care of the day-to-day world in all its innumerable aspects. In other words, everything that one can think about is part of the first attention.”

~ Don Juan Matus (From Carlos Castaneda’s The Fire From Within) 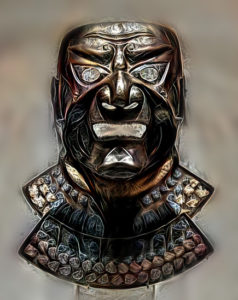 “Seeing is to lay bare the core of everything, to witness the unknown, and to glimpse into the unknowable. As such, it doesn’t bring one solace. Seers ordinarily go to pieces on finding out that existence is incomprehensibly complex, and that our normal awareness maligns it with its limitations.”

~ Don Juan Matus (The Fire From Within)

“I’ve explained to you that the new seers aim to be free. And freedom has the most devastating implications. Among them is the implication that warriors must purposely seek change. Your predilection is to live the way you do. You stimulate your reason by running through your inventory and pitting it against your friends’ inventories. Those maneuvers leave you very little time to examine yourself and your fate. You have to give up all that.”

~ Don Juan Matus (The Fire From Within)

“The difference between the two is remarkable… humbleness entails being impeccable in one’s actions and feelings.”

“… Everything that sorcerers did was done as a consequence of a movement of their assemblage points, and such movements were ruled by the amount of energy that sorcerers had at their command.

“Inside of every human being is a gigantic dark lake of silent knowledge, which each of us can intuit. Sorcerers are the only beings on earth who deliberately go beyond the intuitive level by training themselves to do two transcendental things: first, to conceive of the existence of the assemblage point, and second, to make that point move.

“The most sophisticated knowledge that sorcerers possess, is of our potential as perceiving beings, and the knowledge that the content of perception depends on the position of the assemblage point.”

“Any movement of the assemblage point is like dying. Everything in us gets disconnected, then reconnected again to a source of much greater power. That amplification of energy is felt as a killing anxiety. The outburst of energy will pass. What’s dangerous is not knowing what is happening to you. Once you know, there is no real danger.”