Carlos Castaneda was an anthropologist, an author and a teacher, who published a series of 11 books during his life, with an additional book published posthumously. His books chronicle his life-changing experiences, brought about by his relationship with the nagual, Juan Matus.  References to Castaneda’s life and work can be found in many  sources on and off the internet. Castaneda left the world in a quiet, mysterious vapor – exactly as prescribed by his mentor – in a sense, being true to the very end to the warrior’s way.

In a nutshell, Castaneda ostensibly went to the desert to study the Indians’ use of medicinal plants. He ‘accidentally’ met an old Indian man in a bus depot, who he engaged in briefly with some small talk. 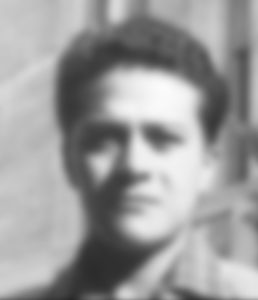 In the midst of their relatively meaningless discourse, the Indian looked into his eyes and something happened in that instant – something unspeakable and beyond words – that sealed his fate in terms of becoming the old man’s apprentice.  The old man was Don Juan Matus: a medicine-man, sorcerer, shaman… “Nagual”.  As a result of that innocuous but powerful initial meeting,  Carlos Castaneda’s life – and his books – became an exploration of the mastery of awareness, as imparted to him by Don Juan Matus and his peers, over a period of about 14 years.

His books have affected a vast readership: 28 million+, in 17 print languages.  He’s been given many titles, accolades, and of course criticisms as well, by those who question the validity of his writings.  Through his life, his changes and his learnings, he has gifted humanity with a glimpse into the joyful, inspiring, and challenging world of human transformation.  He has shown us that there are portals we all can enter: doorways of perception, of awareness, of enlightenment that are accessible to human beings who are ready for the definitive journey.

The purpose of this website is not to establish or challenge any particular viewpoint relative to Carlos Castaneda, but to simply acknowledge, validate, and celebrate the spirit of his teachings.  In short, Castaneda’s words either speak to you, or they don’t.   If you “get” what he was saying, you understand the intent of the teaching; you can unlock and savor the quintessential truth behind the words.  If you don’t, you end up lost in the endless intellectual quagmire of arguing or debunking his work, based on the arbitrary and tenuous benchmarks of the academic inventory.

There have been many teachers appear throughout history, who have created a great stirring among people. Mentors, poets, sages, gurus, mystics, avatars, geniuses.  All of these humans have left a mark because they have impressed their followers with a type of gift that can’t be properly conveyed in words.  Historically, it’s the actual physical presence of these benefactors in peoples’ lives that have caused transformation, enlightenment, wisdom, and inspiration.  Some of this transformative energy is so powerful that it moves forward though generations and affects legions of people across cultural and geographic lines.

Carlos Castaneda and his lineage of naguals have left the world and will not be coming back. But the quest for truth in humans, the search for “a higher love”, the thirst for deeper meaning and purpose than our mundane day-to-day lives offer, is universal, timeless and forms the core “wanting” at the deepest level of the human heart.

This website will take shape over time.  There is no particular plan in process and no particular framework being followed.  It is my privilege to share this work with you, and hopefully it will embellish your journey on Planet Earth.  I will write and add to this material as I feel moved to do so.